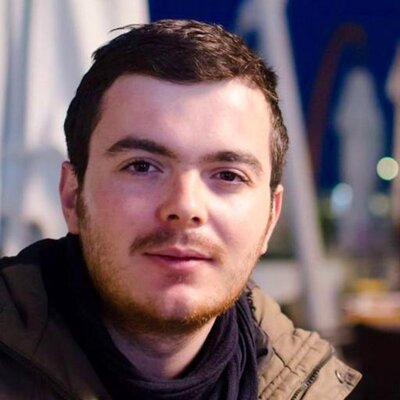 I graduated from Computer Science and English Language Teaching departments in Istanbul Bilgi University. My curiosity for programming led me to study Computer Science as a double major. I am interested systems, programming languages, networking, and DevOps. I am open to learning new technologies and I'm a firm believer of using the right tool for the right work.

I am also a hamradio operator with callsign TA1AET

I worked for DNS team which is one of the core infrastructure teams at Amazon. I managed thousands of servers which are crucial to the company as a whole. If DNS does not work, everything else fails. In that regard, I have experience operating 7/24/365 service with many stakeholders and customers. This means high customer obsession and availability with every operation we are taking. In addition, I have:

SkyAtlas is a company providing Infrastructure-as-a-Service.

Pardus is a Linux based operating system developed from scratch, which has its own packaging system, unique configuration manager and installer.

The Google Highly Open Participation Program is Google's first contest to introduce pre-university students to the many contributions that make open source software development possible. I was the only high school student participating from Turkey and among the 400 students worldwide.

Throughout the contest, I

Winner of Master The Mainframe Contest

The IBM Master the Mainframe contest is an exciting opportunity for students to gain real-world experience using enterprise computing skills. This unique mainframe computing contest is designed to equip students with mainframe knowledge, and challenge their skills in a hands-on coding experience.

Without having any mainframe experience before, I gradually improved my z/OS knowledge through the contest along with mainframe-related topics such as ISPF, SDSF, REXX, JCL, IBM WebSphere, CICS Transaction Server, and Unix System Services. I completed all the parts in the contest flawlessly. These parts included coding/debugging on mainframe, fixing real-world problems, writing JCLs, and fixing C/REXX code.

Awarded after having a degree in national examination for university entrance (858th out of 40.000)

From functional programming to object oriented programming, computer organization to compilers, linear algebra to digital systems, computational theory to data structures and algorithms, λ-calculus to programming languages, I have had a number of courses which improved my skills and my view on programming.

I learned how to teach, but most importantly learned how not to teach in this department. Throughout my education, I have seen and studied the best practices in language teaching, classroom management, assessment & evaluation and took courses from psychology and linguistics department.

I am an active ham radio operator (TA1AET) and a member of Turkish Radio Amateur's Union. I maintain our services (web, mail) and develop internal registration application which has been written using Django with OpenLDAP backend.

I am also contributing to the development of new technologies to be used in emergency communications. Working with the government officials, I participate in the meetings to discuss how to work with other organizations efficiently in case of an emergency as well as the drills jointly done with the government. When needed, I work with the union to give communication support to various government and civil organizations such as Disaster and Emergency Management Presidency, Turkish Red Crescent, and AKUT Search and Rescue Association.